An instrumental rendition of two popular Bollywood classics cuts into the steady murmur. Aradhana’s Roop tera mastana and Kati Patang’s Pyar diwana hota hain are the preludes to couturier Pallavi Jaikishan’s show at the FDCI India Couture Week held recently. The walks incidentally have also been choreographed on modern romantic ballads from tinsel town. Romance---an all-pervasive mood that has characterised doyen’s journey in fashion since 1972. There is but one element conspicuous by its absence. Music made by her legendary husband, Jaikishan Dayabhai Panchal, one-half of the famous Shankar-Jaikishan duo that rocked the music charts before the latter passed away in 1971. Leaving his wife and three young children---Chetan, Yogesh and Bhiaravi---under a pall of gloom.
“Here, hear this piece I was putting together for the show. A modern take on Sangam’s Yeh mera prem patra par kar. If only I had a touch more time,” Jaikishan’s voice trails off, only to add soon after, “I’ve used so many of his songs in my shows. They are one of the best memories in my heart. Whenever he used to compose a new song, we all rejoiced over it. My children know how to play the piano but none of them ventured into music. If Jaikishan-ji would be alive, maybe the story would be different,” reminisces the fashion veteran, known for infusing nostalgic charm into her creations.
Fashion happened to the designer when the family was still grappling with their loss. Known for her impeccable dressing sense, Jaikishan channelised her creativity into crafting clothes that resonated with her sense of style and aesthetics. She opened her studio Paraphernalia in 1972 in Bombay’s tony Peddar Road and found that her clothes were flying off the racks even before she could decide the next collection. “It was a great feeling. The women always wanted me to help them out when they saw me dressed in a certain way at the film parties and events. I did stand out amidst the bling and brightness. I enjoyed draping myself in beautifully embroidered saris in pastel shades. I took them to the tailors and the karigars. I had a very European choice in colours and embroidery. A sense I have retained over the years,” she elaborates. 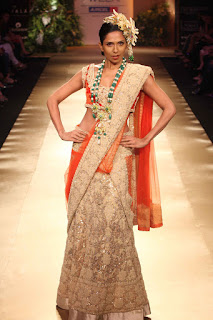 Jaikishan’s creations are infused with timeless elegance and a charm awash with floral exuberance. “This penchant for florals has attracted critical flak at times but I never shied away from my leitmotif. Now, I blend them with other elements. But the main consideration when I design is to retain a timeless appeal. A confident woman with a great sense of style should be able to wear the creation even after 20, 30 years. That is the classicism I maintain in my clothes. Beauty cannot be dated. At Paraphernalia, we conjured a space selling a charming lifestyle (fashion, accessories and home décor collectibles) and that is what grabbed the connoisseur’s attention. We continue doing so.”
In the age of aggressive marketing, celebrity dressing and social media hullabaloo, Jaikishan maintains that she is not ready to put herself out that way. “I’m not made like that. Filmmaker Ismail Merchant, a dear friend as well, used to frequent our house. One day he offered me a film as a costume designer. But my husband did not want me to be associated with that world and I respected his wishes. So, you see, I’ve never gone behind the film limelight. Even when I launched Paraphernalia, sometimes Jaya (Bachchan) used to drop by and pick something, Sharmila (Tagore) came often. Mumtaz got married in a sari designed by me. I’ve always believed that if you do your work well, you will have the applause. In the 80s, my beaded garments sold from renowned fashion and lifestyle stores across USA like Saks Fifth Avenue, Lord and Taylor and Bergdoff Goodman. I also participated regularly in the Dusseldorf Fair. Inadvertantly, I’ve had the most glamorous leading ladies wear my stuff because they wanted to. Why run for eyeballs now?”
The conversation keeps lingering on her film connect. So, how did love happen between Pallavi Mariwala, 14 years younger to her husband, and the illustrious music director? “Age never mattered. It never does when you love someone. We used to meet at the CCI Cricket Grounds where I went with my friends. We used to talk and soon we were inseparable. Many people ask me whether it irked me that he did not let me get into fashion earlier. But no. Our lifestyle was such that working wasn’t an option then. One day he would just come back and say 90 people were arriving for dinner and I would get down to business. I loved cooking and still do and saw to it that we were the perfect hosts. I’ve never regretted anything in my life. And life with my husband was beautiful. I learnt to stay grounded because of him, the man who was the epitomy of humility even when the cash registers were ringing because of his work.” 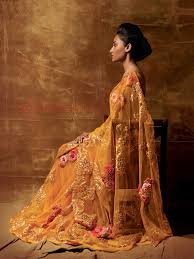 Till date the Jaikishan family feels the love the music director’s fans have for him. “The number of letters we get, the amount of royalties… I bought copies of his autobiographies in all the languages available and send them to his fans when they write to us. It’s all been a blessing. I never thought of remarrying because he was always there with us. I plunged headlong into work because I did not want the children to be in a sad ambience. My work and his memories kept us going. Sometimes, we play his songs. The music they make today is good. But for us, his works are timeless. Gold, in fact,” Jaikishan sums up perfectly.