Showing posts from June, 2018
Show All

A Smorgasbord of flavours at Milee Droog Cafe & Bistro 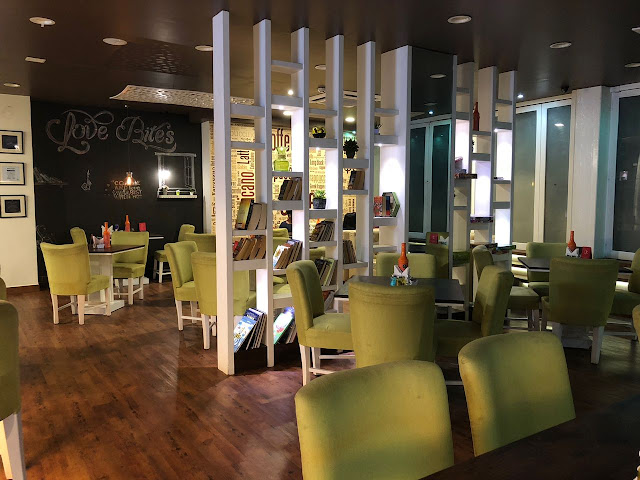 All the action is in Russia at the moment. But would that take me to, leave alone Moscow, a city eatery to catch the game on the big screen amongst cheering fans and clanking beer mugs? I don’t think so. Then, what found me dining at Milee Droof (literally meaning My Dear Friend in Russian) Café and Bistro last evening? My brother used to frequent Gorky Sadan whilst in high school. He had expressed a desire to pursue his higher studies in Moscow and wanted to learn the nitty gritty about scholarships for courses at college and universities there. While he was at it, I accompanied him on several occasions and discovered a chess club and often caught a regional film or two at the Sadan. That was many, many moons ago. Soon, the brother realized maybe the harsh clime of the country would interfere with his grades and relinquished the pursuit of both the Russian language and the scholarships. I did go back to catch some more films but then the visits dwindled. That is why when I hea
Post a Comment
Read more

Asian plunge at The Fatty Bao, Kolkata on a rain-drenched afternoon 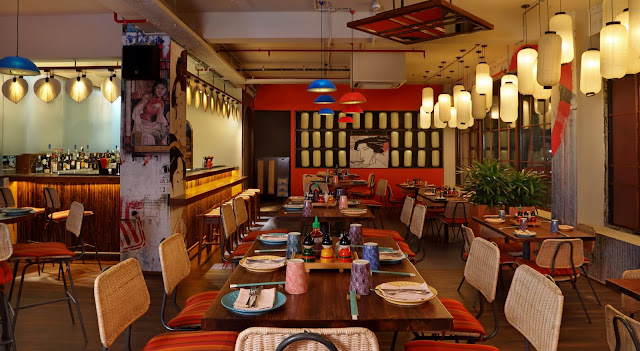 The Fatty Bao, Kolkata. Pic by Sanjay Ramachandran We caught the first day first show of Incredibles 2 . Bono and his mamma were simply enthralled by the action-packed narrative interspersed by the comic high points. Yes, it was a good two hours spent. But, before the film started Bao , a computer-animated short film by Domee Shi, warmed the cockles of my heart. Depicting in brief the emotional state of a Chinese mother going through empty nest syndrome, it was a perfect way to whet my appetite for what followed. Also, now I think it was prophetic. The next afternoon I found myself at The Fatty Bao for an Asian meal, comprising dimsums, sushis, baos and ramens. I’ve been hearing about the many new eateries sprouting in Kolkata and this place has been making some noise ever since it opened in December. Any venture by the Olive group promises quality food amidst a classy ambience considering the name behind them is AD Singh. After conquering foodie hearts in Delhi and Mumbai,
2 comments
Read more
More posts