JJ Valaya... The Other Side

January 04, 2018
Sometimes alter egos can work wonders. Especially, when the creative juices flow from one persona 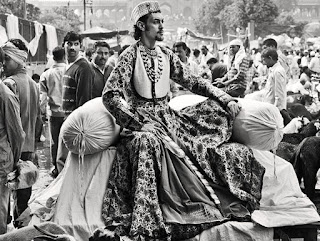 to another. If the communion is harmonious, the result can be a celebration of everything beautiful and dramatic…

In the winter of 2011, as couturier JJ Valaya unveiled a series of images titled Decoded Paradox before connoisseurs who had till then known him for his keen design sense in fashion, they got a peek into the persona that he had nurtured from a very early age but had hidden from the populace. His talent to create art with the viewfinder that he himself revealed to be his alter-ego. In photography there is a reality so subtle that it becomes more real than reality. As we purveyed the opulent images, we realised how beautifully JJ brought this Ansel Adams truth to life. 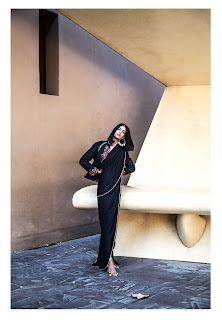 A few nights ago, at a glittering gala, JJ shifted from the mundane yet again and with a photographic flourish, a trait the couturier has steadily made a mark in since the night of 2011. Culminating the celebrations to mark his 25 years in the Indian fashion and design industry, JJ put together an elegant showcase of photographs and installations called The Alika Project. This exercise at Bikaner House was an extravagant ode to his keen design aesthetics and his eye for capturing a moment in his inimitable style. The audience witnessed 25 mannequins donning the waist-length Alika jacket, embellished and embroidered to perfection and styled uniquely by 24 creative spirits that JJ handpicked for the project because of their superlative design prowess and an innately Indian ethos.
The Alika Project, in collaboration with Swarovski, stood out for the unconventional convergence of fashion, art and architecture, more because of the photographs shot by the couture czar, who over the years has honed his eye to capture the breath-taking in an offbeat, dramatic and telling vein. In his journey as a designer, very rarely has JJ not pushed the envelope of his creative pursuits. But with this project, he has taken the 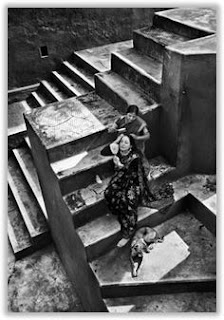 experimenting a notch further by blending his own aesthetics with that of other fashion representatives of the country. The project has explored myriad ways of how they perceive his creation---the Alika jacket, a garment that has been a fixture in Valaya’s repertoire ever since its birth in 2010. It takes brilliance and a wee bit of courage to think out of the box in this fickle world of fashion today.

We were piqued by the images, a rare instance how fashion, architecture and elegance can form a constellation of wonder. Edgy, stark, clean and extremely smart in their execution, they brought back memories of the times when JJ showcased his love for photography in coffee table books such as Decoded Paradox and The Little Book of Memories: Istanbul even while hosting a full-fledged show at Nature Morte gallery in 2012 called The Soul in the Space – A journey of Architectural Influences.
“I wanted to do something with fashion and photography that was intimate, multi-dimensional and challenged stereotypes. Also, I wanted to see how these minds interpreted the Alika, a deconstructed form of the structured jacket. For the project, we created 25 reversible Alikas, one for each year. One side is embroidered and embellished with 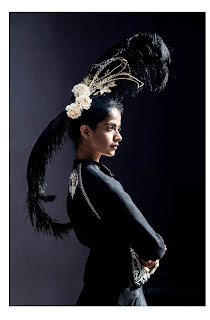 Swarovski and the other side is printed. This enables the seamless shift from a day to night look. Fashion needs to be versatile now,” said JJ amidst the celebration.

JJ admits that he did photography even before he started designing clothes. It was such a natural way of expressing his artistic musings. His journeys, what he saw around him, the camera captured and brought his perspective to light. As a student, JJ started snapping his classmates in 1987 at the National Institute of Fashion Technology where he had enrolled after giving up his alternate career path as a chartered accountant.
“I realized, about ten years into design, that I was spending too much time trying to explain to photographers what I wanted. Invariably I ended up directing my own shoots,” he says. Not many know that Valaya has been shooting his own campaigns and some editorial, since 2000. For Decoded Paradox, he played the stylist, designer and photographer. The elaborately staged and highly stylized black and white images merged two worlds -- Mughal and Rajput royalty from 500 years ago, and the New Delhi of today.
Photographs of contemporary New Delhi residents elaborately 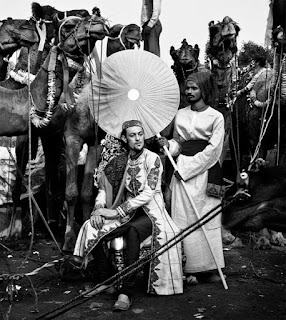 dressed in costumes and accessories sourced from the House of Valaya archives, as well as from select private collections, were juxtaposed against 21st century India settings and backdrops.

“Obviously my parallel lives of designer and photographer intersect at multiple points, they spill over and create sub-sects of each other,” he says. He brought to the images his expertise in the textile industry, with detailed research of the clothing of that era. But the real fun, he says, was in the shoots.
Not wanting to shoot New Delhi in the typical way featuring historic tombs and minarets, the couturier’s challenge was to bring a subject from 500 years ago into the middle of the chaotic Indian capital. “The subject, people from all walks of life, had to be blissfully unaware of what’s going on around him or her. That’s what made the image. Irrespective of which strata of society they belonged to, my selection was based purely on one criterion: a distinguished presence. I wanted people to have their own interpretation of two Indias, of beautiful clothes and bubble lives. It’s whatever you want to understand regal as -- that’s the beauty of art,” exclaims the man who loves the larger than life. 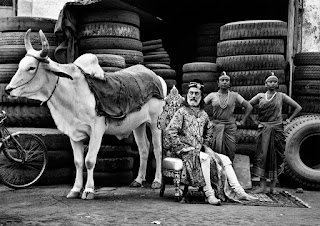 Next year, his second series The Soul in the Space was an amalgamation of the abstract and the personal with a focus on architectural details. The series was shot in three different locations and that were uniquely connected to the designer's life.
“I was invited for an artist in residency programme by Glenfiddich to their distillery in Dufftown, Scotland in 2011. There, I discovered an amazing language in the geometry of some very basic tin sheds. The resultant images played interestingly with lines, texture and the relationship of structure with light. This, and a meeting with Peter Nagy of Nature Morte, further prompted me to discover the soul in two other important cities in my life: Jodhpur, my birthplace and Chandigarh, where I spent my teenage 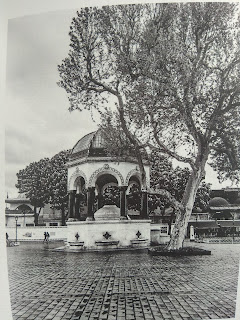 years. Co-incidentally, all three cities resulted in some very interesting images with very unique languages of their own. All three also played with different materials namely, stone in Jodhpur, concrete in Chandigarh and metal in Dufftown. I discovered architectural photography in these three places. In Scotland, in Jodhpur because the spirit of monarchy and grandeur that one sees in my fashion work seems to emanate out of Rajasthan and in Chandigarh because the I respected the modernity of Corbusier's vision used it as my style mantra… that the old and new can and must co-exist!" says the self-taught photographer and the natural artist who is still baffled by the technicalities of the camera.

JJ, the photography artist has his favourites in the field. “Prabuddha Dasgupta was a dear friend and a great photographer. I loved his work for its sensuality and his absolute dislike for artificial lighting; Irving Penn for his stunning contrast portraits; Edward Weston for his quirky eroticism and architectural works, and of course, Henri Cartier Bresson for the surprises he gave in his candid photo-journalism.” 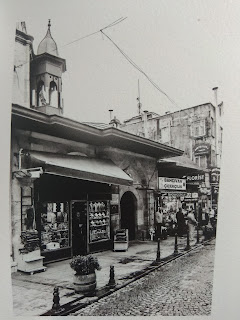 That brings us to Phoneography, a term that is still not listed in the dictionary but has gradually made a space of its own in JJ’s repertoire. In The Little Book of Memories, JJ presented a personal yet candid memoir of his travel (to Istanbul) and more. “I’ve always believed in this well-known quote in the photography world that said, ‘the best camera is the one that’s with you’. Today’s mobile technology thankfully offers us this luxury and thus was a tool of my choice for that series that chronicled discovered places and people.”


If you were to follow JJ’s Instagram account on photography you would actually see how passionately he journals places and people, memories that stir his creative flight. Buildings, structures, nature and people, the artist in JJ catches them all in an intimate light. This intimacy was visible in the pictures that he put together for the Alika Project. It’s as if the creations and the people in them are telling a story and JJ is trying to pen it all down with the viewfinder. His dream is to do a portraiture series of 100 most charismatic persons in the world. And knowing his superior aesthetics and knack for 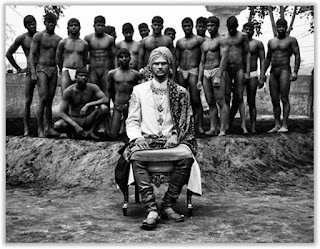