Luxury in a jungle

November 20, 2017
Jaisal Singh follows one formula when it comes to work: Keep it simple. The hospitality business is no

rocket science he says. Use a bit of imagination and do your research to deliver an experience that is memorable and special. Coming from the man who pioneered the concept of luxury and lifestyle business based on out-of-the world experiences these are words that need to be taken with utmost seriousness. If you check the consistency with which Sujan Luxury has been winning the most coveted travel and luxury awards year after year, Jaisal Singh sure knows how to do crack the code. 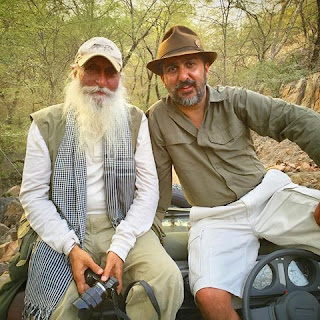 undertook the management of Rajmahal Palace (owned by the royals of Jaipur) crafting an experience that has grabbed the eyeballs of the traveller with a yen for vintage. Fifteen years, five luxury set-ups and loads of acclaims, accolades and special moments. Sujan Luxury is in expansion mode now, says Jaisal.

It all started with Jaisal’s wish to be increasingly at Ranthambore tracking and photographing tigers, a knack he honed while growing up. “I spent a large part of my growing up years at Ranthambore with my father, Tejbir Singh and maternal uncle, Valmik Thapar, who went there to photograph and film the beautiful beasts.” Jaisal’s family initiated and set up the Ranthambore Foundation in 1987 and worked for the betterment of 90 villages around the Ranthambore National Park in the areas of alternative energy, healthcare and reforestation. So, the ties with Ranthambore run deep.
“When I went to play polo in Africa I stayed at several luxury tents and realised how the same concept could be replicated in Ranthambore. I came back and set up Sherbagh. I was 20 then. The whole idea was to deliver an experience that is wholesome, unique, qualitative and true to the locale. I found no kick in adding to hotel rooms. The point was that the traveller, high-end and

discerning that he was, should get the unique and special experience that he is looking for. It’s like a luxurious lifestyle that he should cherish,” says the father of his twins, Sujan Singh (named after Jaisal’s great great grandfather) and Amrit Kaur. Jaisal impresses that his wife, Anjali, and he have sat down to design the overall look and interiors of every property they own. “We have used mostly local raw materials in the decor of the properties. The menu too includes seasonal spreads and the produce is organic so that the guests get the taste of the region. You know — it would make life a lot 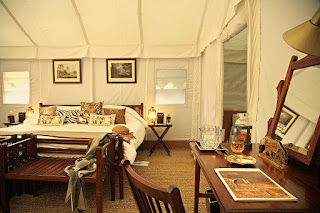 easier for us to standardise everything. But Sujan Luxury doesn’t believe in taking it easy!”

Owned and run by a driven group of professionals, the heads at Sujan Luxury are are passionate about what they do. Says Jaisal, “We are part of an unbroken link that is committed to conserve the cultures and wilderness where we are rooted. We create experiences crafted to appeal to the connoisseur, the adventurous and those looking for something different, while enjoying the decadance. We definitely want to negate our impact on the environment and we work towards that.” This dedicated run has won Sujan Luxury hefty acclaim year after year for 14 years since its inception. In 2001, just a year after Jaisal (the first Indian and youngest to be Vice President of the executive board of Relais & Chateaux, a renowned reference of excellence in the hotel and restaurant world. Sherbagh and The Serai were among the first few to be accepted as members; the Jawai

Leopard camp and Elephant Pepper camp are also members now) opened Sherbagh, Sujan Luxury won the Silver Otter Award given by the British Guild of Travel Writers. The Tatler Travel Guide UK has repeatedly enlisted the company amongst the 101 Best Hotels in the World. “I am not saying that there weren’t glitches in the past 14 years but we have learnt on the job. And regarding guest complaints; the buck stops at me. It’s a personalised approach that we thrive on.”

Jaisal played polo as a youngster. He’s slowly starting to get back into the game for royals. He saw his first tiger at eight weeks. He says his children saw one at six 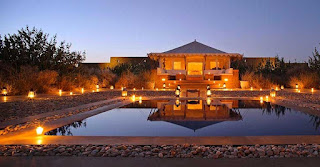 weeks. He and his wife love taking the kids for wildlife safaris. Apart from Sujan Luxury he also owns and manages an automotive systems company. He’s authored two books, Polo in India and Ranthambore — The Tiger’s Realm. “I’m happy, content, but yet still have the drive to do more. For, if not now, then when?” says the man with a myriad edges.
Anjali Singh Elephant Pepper Camp Entrepreneur Experience Hospitality Jaisal Singh Jungle Safari Luxury Rajmahal Palace Relais and Chateaux Serai Sherbagh Sujan Luxury Tiger Sighting Travel Wildlife