Showing posts from November, 2019
Show All

Of Food and Fables, at Table Stories 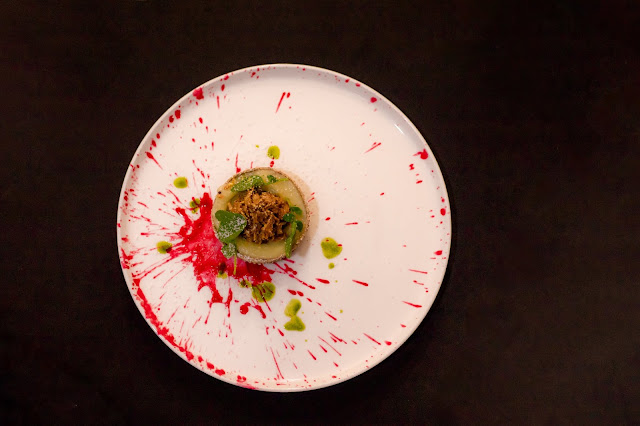 Chicken Mappas by Chef Kunal Kapur Because food is the most beautiful binder. Of cultures, people and emotions. And memories. Imagine tucking into a glorious Mutton Deomali rustled up on an open charcoal fire by celebrity chef Amninder at a posh Bombay diner on an Autumn night... But I can bet my last dime that as your canines bite into the succulent smoked meat chunks, you will remember the first time you tasted it in a little restaurant in Arunachal Pradesh... That familiar smell and emotion comes floating in your mind... Mutton Deomali by Chef Amninder Sandhu That’s why what Chef Kunal Kapur, loved by gourmands all over for serving modern Indian cuisine, said made so much sense as we tucked into his Confit Chicken Mappas at the launch dinner of Table Stories, hosted at Iah Bar in The Roseate, Delhi, a week ago. “Brought up in a typical Punjabi household, my eyes were set on foreign shores. But, the first posting was in the South. We Punjabis knew south Indian cuisine
Post a comment
Read more 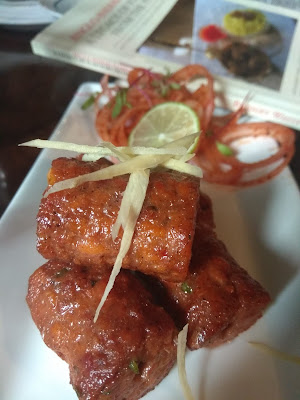 The streamers and balloons were being put up. There was more than the usual number of people in Bow Barracks. Christmas preparations were on in full swing. Hence, the delicious aroma of butter came wafting in as soon as we entered the courtyard of the red buildings, originally the garrison’s mess built for the British army during World War I. When the soldiers left India, they handed over the apartments to several Anglo-Indian families who inhabited the city of Calcutta. The buildings, we noticed, were in shambles. But soon, it would be Christmas and things looked sunny… I only took note of the cakes and ale that time. For my story for the Indian Express. If I would have probed further, I’m sure I would have heard of the special Christmas breakfast, lunch and dinner menus, too. The Anglo-Indian delicacies that we never really heard of or spoke about. However, better late than never… On Friday afternoon, as we tucked into a large Anglo-Indian spread at Anglow in Khan
Post a comment
Read more
More posts