September 23, 2019
It was an on-the-spur decision to substitute my name with Bono’s that stretch his characteristic smile into a wide grin. “Bono. Nice! Like the singer? Or, who knows? He will be even more famous!” Said Gary Mehigan as he signed his autograph for my seven-year-old who doesn’t miss any episode of the British-Australian celebrity chef’s latest show Masters of Taste on Fox Life. 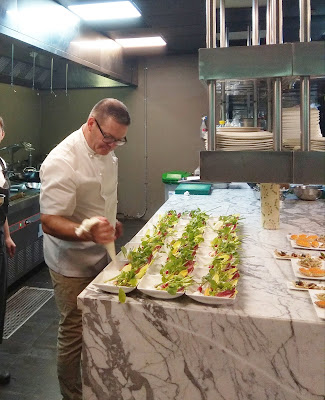 What I noticed throughout the afternoon was how the restaurateur and TV host used that cheerful demeanour, disarming smile and unaffected candour to break the ice while interacting with complete strangers who had come to savour the meal thoughtfully curated by him at the lunch powered by HDFC Bank and Visa. An invite-only event at Chi Ni at The Roseate, it was a buzzing four hours high on taste and culinary marvels peppered by Gary’s constant repartee. Even as he explained the food put in front of the gourmands, he shared anecdotes from his Masterchef Australia stint and his previous visits to India, the country he feels has quite a few similarities with the food habits of Australia when it comes to the use of spices, ingredients and mingling of textures. 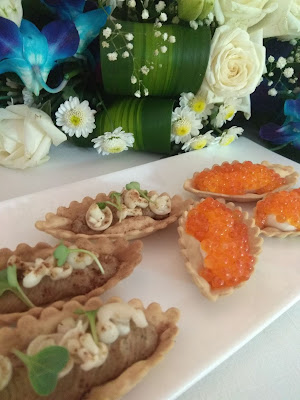 A proponent of maximising a culinary experience by incorporating fresh, local produce, the lunch showcased Gary’s expertise in playing with flavours and textures without confusing the foodie. Familiar ingredients were brought in together innovatively. That he has a fascination for Indian vegetables and savouries was made evident in the way he included some of them in the menu. For instance, crisp fried Spine Gourd came with a delish cauliflower hummus. What we Bengalis eat with our rice as kakrol bhaja, was served with a unique spin by the celeb chef. That gobi hummus was good enough to go with the fresh artisan sour dough Rye bread, too. 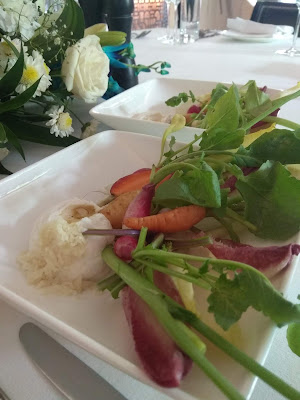 If you were to ask me, the vegetarian entrees clearly stood out. I’m talking of elements from the first course as well. The Peanut wafers served with a dollop of Pumpkin Rendang, crispy black rice and a curry leaf fine. The agrodolce of farmed and forest mushroom was not just great to taste, it was pretty to look at, too. The tartlet of Tarama and Yarra Valley Salmon Caviar was interesting (loved the way the roe popped in the mouth letting out a tangy yet salty liquid).  This was the first time I tasted Macademia Butter and it was every bit what Gary described. Velvety, subtle and delicious. It tasted even more divine with the crudites (baby vegetables on ice), especially because of the juxtaposition of the crunch of the leaves and veggies and the soft gooey mush of the butter served with Shichimi Toragashi oil. 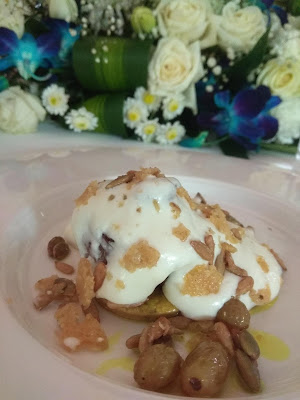 Of the two entrees brought out, the roasted and pickled beetroot with goat’s cheese mousse and salt and vinegar waffle chips would lose out to the exceptional braised onion served with Gruyere Espuma, candied pumpkin seed crunch and golden raisins. To create a masterpiece out of such humble homegrown ingredients like onions, cheese, pumpkin seeds and raisins is a feat in itself. The sweetness of the onions countered by the salty tinge of the cream cheese, the crunch of the seeds balanced by the mush of the raisins. The braised onions packed a chunky bite even as the cheese finished it off with a gooey flourish. The Indian element was, as Gary mentioned, the papri on which the onion was delicately perched. For me, this was the clear winner of the meal. Also because, the taste, flavours and presentation weren’t overwhelming. The balance and marriage of everything on the plate was magical. 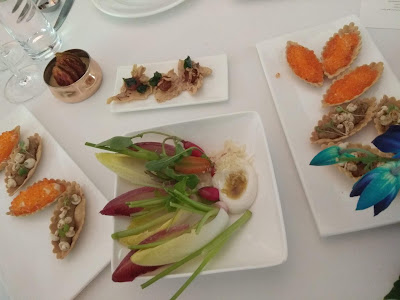 For mains the roasted cultlet of lamb with parsley cappelletti of braised shoulder and mortadella, black garlic and lamb jus gras satiated the umami cravings of the diners while a parsley Cappellatti with ricotta, black garlic and burny butter kept vegetarians happy. 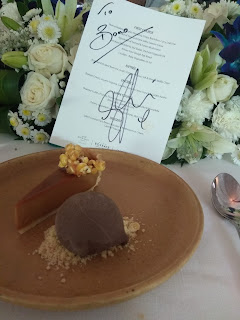 The meal ended on a heavenly note with the chef’s famed salted caramel tart, caramel popcorn and bitter chocolate and wattleseed ice cream. Trust me, it’s the best caramel tart I’ve ever had in these 36 years. And while we listened to Gary tell us how he loved jaunting around the spice markets of Delhi, Mumbai, Kolkata and other cities of India, I wondered which ones of them was he going to take back to Australia this time. Apart from the bagful of memories, experiences… 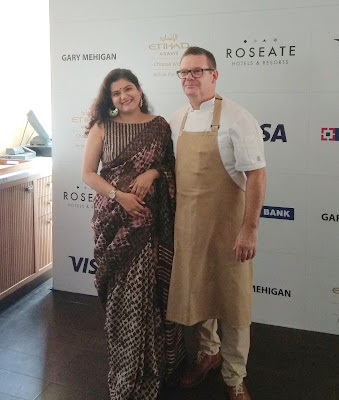