Taste with a twist at Baar Baar... 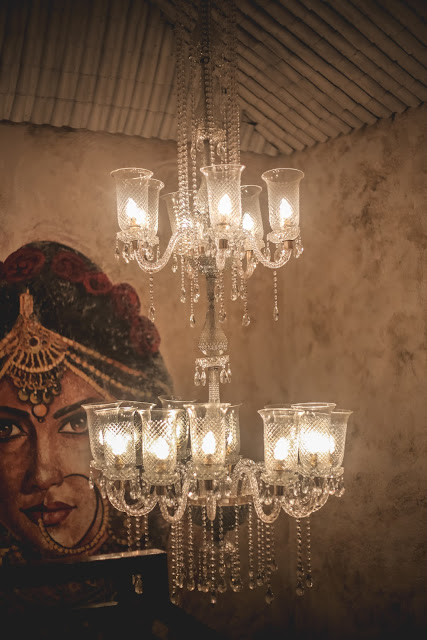 You might want to check the credentials of Chef Sujan Sarkar before walking into Baar Baar at Khan Market. He's an illustrious one. One of the first proponents of the farm-to-table concept, Chef Sarkar's mark is felt at this sunny little restaurant. That is if you are seated on the top floor. The lower rung is stylish in dusky pink and jade, in tandem with its New York cousin, the original space where the Chef dishes out a modern interpretation of regional Indian cuisine. 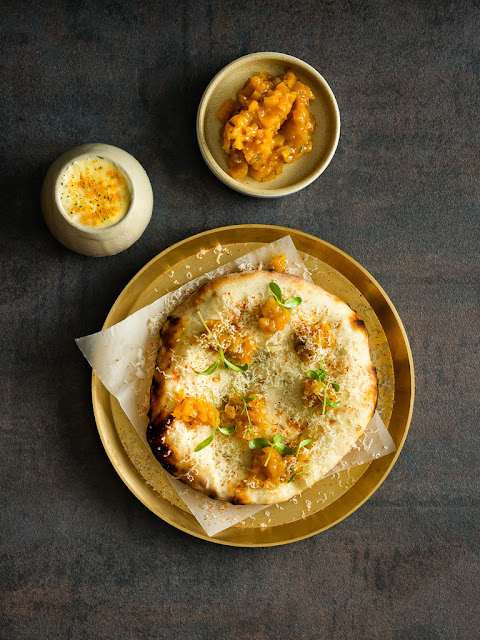 Well, haven't we heard that before? Modern Indian, contemporary twist, nouvelle, et al... It was time to test Chef Sarkar's rendition... Or rather, the tricks he has trained Chef Harpal Singh with… We couldn’t wait. The sun was streaming in, the homemade hummus and crisps had been pecked on and we were raring to go. Winters are for digging into good food and after Olive and Ek Bar, this was another turf that promised fun. 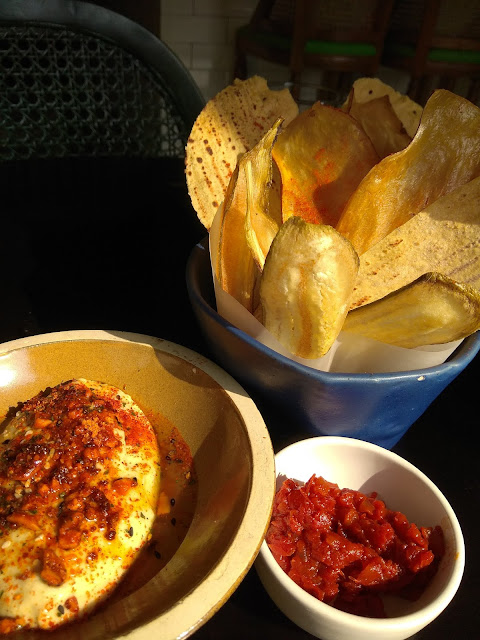 While we waited for the food to be brought out at this Indian Tapas Bar, we sipped on some interesting mocktails. I chose a sea buckthorn (a berry from Leh) and fresh lime drink while my friend settled down with an orange, angostura and kaffir lime mocktail.
The first dish to be put before us was the Kashmiri Duck Kulcha that looked fancier than its humble cousin dished out on street carts in the Capital. Topped generously with parmesan shavings and accompanied by garlic white butter, the dish certainly was much more than an appetiser. Stuffed with braised pulled duck, I could have had the whole thing if I was not saving space for the other dishes. 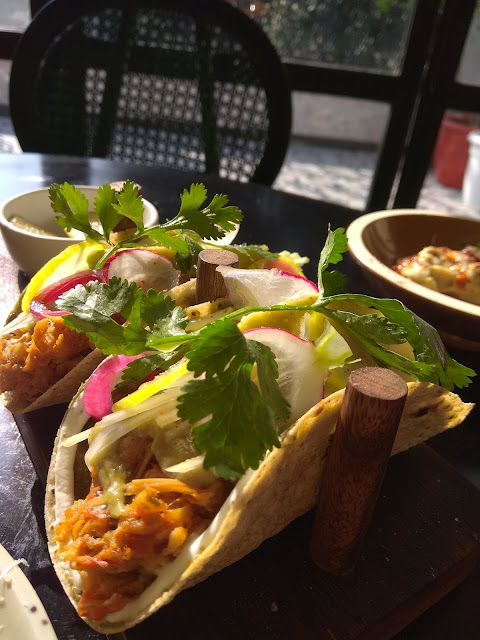 Next up was the Masala Jackfruit Taco served with Pineapple Kut and Avocado Sour Cream. Let me tell you a bit about the jackfruit I grew up on. Back home, we call the fruit gaachpatha (a meat that has been grown on a plant). The name meant that the preparation used an ample amount of onion, garlic and ginger apart from the other spices. My grandmother cooked a mean dry curry with it, which, I remember categorically, had a sweet and spicy flavour. The fruit was cut in chunks and wasn’t cooked too much. So, when we ate it, it still retained the bite. Ahh, memories…
I do not know whether the jackfruit in Delhi lacks that flavour or it was the preparation here, but the filling was bland. It was too pulpy, which in turn, made the tacos (I gather they were rotis) really soggy. The dish needs a makeover, a kick maybe… 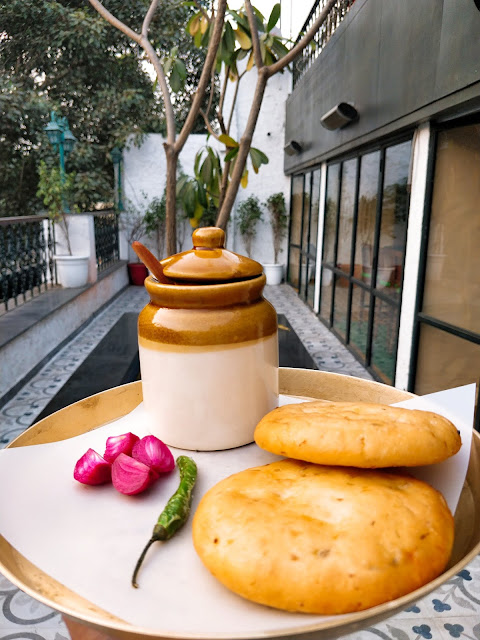 At home, we are not very particular about chicken liver. Maybe because it is a tad insipid compared to the mutton variant. I need to rethink. I tasted a darn good chicken liver pate at Baar Baar today. It comes spiked with a Liquid Bheja Pate and maybe that makes all the difference. But then, what’s good aught to be declared good. With the masala Taftan, it makes a delish treat. 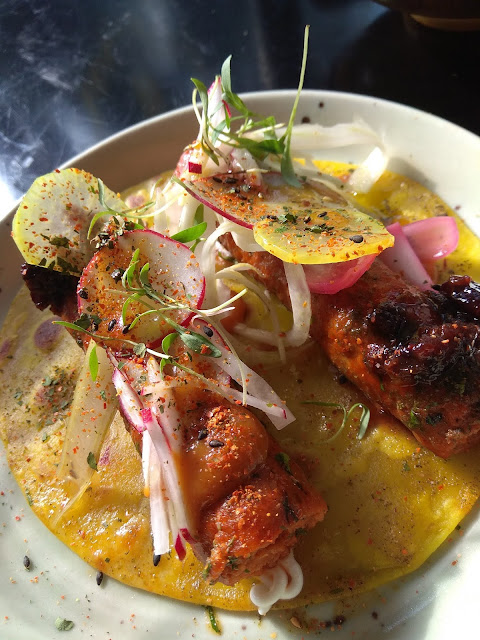 While the Baar Baar Fried Chicken didn’t cut much ice (it’s merely fried chicken that reminds one of the Fish Amritsari), the Duck Seekh Kebab is moist, succulent and full of a robust flavour. It was served with a mixed berry chutney and ulte tawa ka parantha. It holds the promise of being the perfect accompaniment to a delicious single malt when the restaurant gets its license. 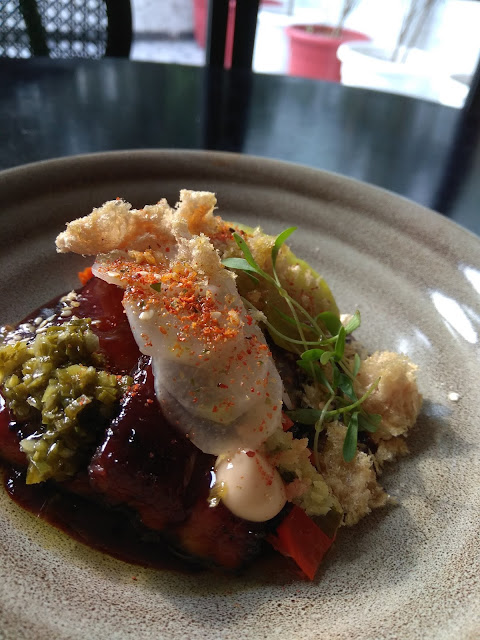 I am not an expert on pork (as I have only started eating it recently) but the Pork Belly was tasty. It had no twist or taste intervention as such but it was scrumptious nevertheless. 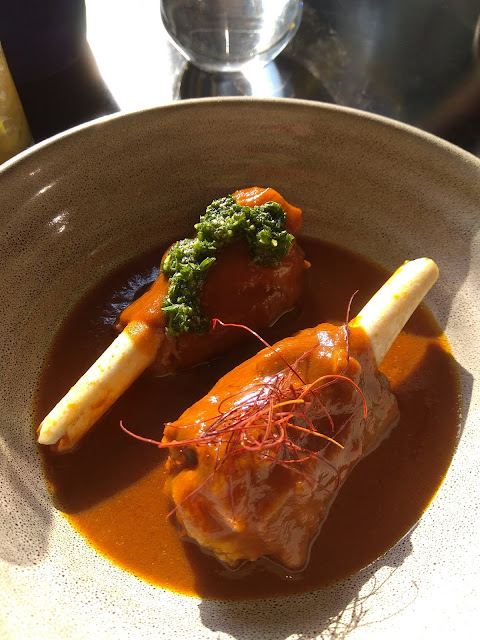 Stuffed to the gills already, we dug into our Nalli Nihari with a wee bit of reluctance. But couldn’t help polishing it off. The chilli and chocolate gravy is new. Try it.
Baar Baar in Khan Market is a little experiment that Chef Sarkar is trying. To gauge how food connoisseurs in Delhi react to his style of cooking. This restaurant is a six-month pop-up, before the eatery shifts to Mehrauli. So please, do go. Trust me, Khan Market is a cheerful place to be in winter. Definitely worth much more than the trek to Mehrauli. And when there, do ask for the Cashew cake to wrap up your meal with. It’s got cashew, it comes with ice cream and it’s got butter. What’s not to like!
Ph: +91 7303543969
Meal for two: Rs 1,500. 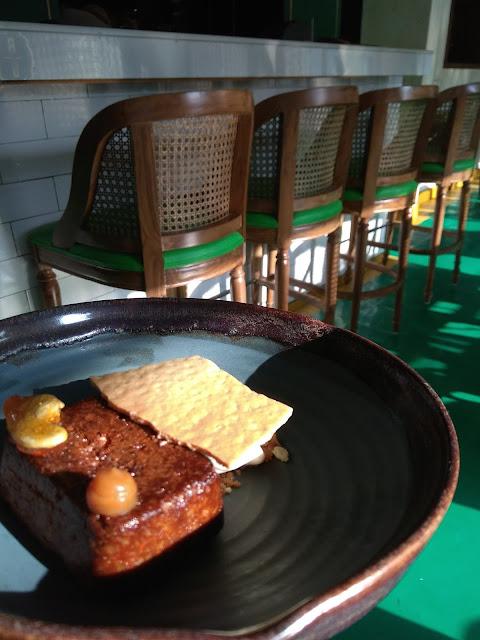