Your mission is not to sedate, but to awaken, to disturb, to communicate, to command, to instigate and even to provoke.

American art director, designer and author George Lois’s profound words rang in my mind as I watched her greet one and all. Dressed in a steel, black and copper Banarasi draped gown, conceived by Pierre Charles Letz, the French president of the Fédération Française de la Création Couture Sur Mesure, Palak Shah stood out in that haze of warm ivory, white and gold. Wearing the graceful smile of humility yet enveloped by that confident air of success, the youngster did what many her age would just be doodling about on their I-pads.
But, Palak knows what she wants. And she is carefully mapping the path to broaden the scope that Indian textiles. Because of the belief that they deserve global laurels. In that surreal setting at Bikaner house on an evening last week, if anyone doubted the versatility of Indian handloom, Palak’s vision successfully altered that erroneous idea.

Set against an ivory backdrop (conjured by Studio Lotus), installations by some of the world’s most noted design brains showcased how Indian textiles can tailored to fit global silhouettes. Exhibiting the richest of Banarasi textiles and other hand-embroidered fabrics, each creation was stupefying for the details, techniques and the layered approach that the designers employed to make the clothes that were all absolute art pieces. And yes, it was hard to pick a favourite. But what I found noteworthy was how traditional Indian weaves (including kora silk, reverse woven Banarasi and Chikankari) fitted so immaculately into an aesthetic that is utterly western. Perhaps, that is what Palak has been trying ever since she set up Ekaya in 2014. Bend the rules of Indian handwoven fabrics. And she’s bent it like how!

Palak says 2018 is Ekaya’s year. And, rightly so. For, the luxury handloom label landed themselves emphatically amidst the buzz of Paris Haute Couture Week, held in Ferbruary with a stupendous design collaboration with Fédération Française de la Création Couture Sur Mesure, presenting Cousu D’or Magical Weaving. If going global could be measured in leaps this stride was gigantic enough to cross an ocean. The exhibit regaled the public at Sofitel Le Faubourg in the heart of Paris. And, it was only natural that Palak and her father, the most endearing Bharat Shah, brought the entire show to India, the country that has birthed these exquisite weaves. 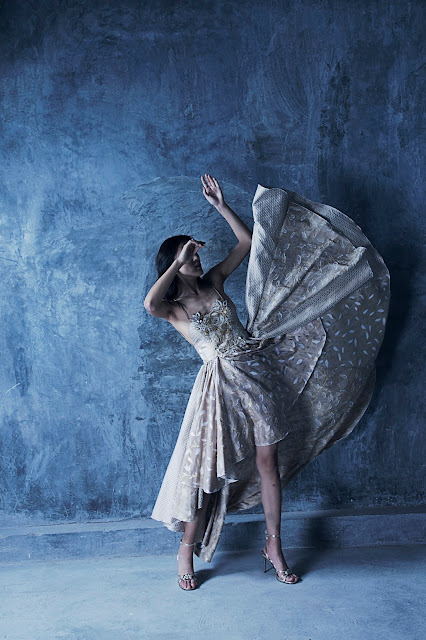 The sweet success has albeit come after relentless hard work and meticulous planning for the last one and half years when Palak, the CEO of the label discussed the proposition with luxury consultant Veronique Poles who since 2013 has been facilitating such meaningful collaborations between the Federation and design and fashion organisations from all over the world steeped in heritage weaves and textiles. “This is a rare opportunity to showcase the beauty, versatility and power of Indian weaves to the western audience. Ever since we launched Ekaya, we wanted Indian textiles to stand for impeccable craftsmanship, inventiveness and subtle yet noticeable sophistication. If we kept using the same old methods the craft would continue to struggle to sustain itself. This is one huge avenue where luxury weaves of India are being fitted into a global design aesthetic and vocabulary. We have been working on that from the very beginning and pulling all the right stops,” elaborates Palak. 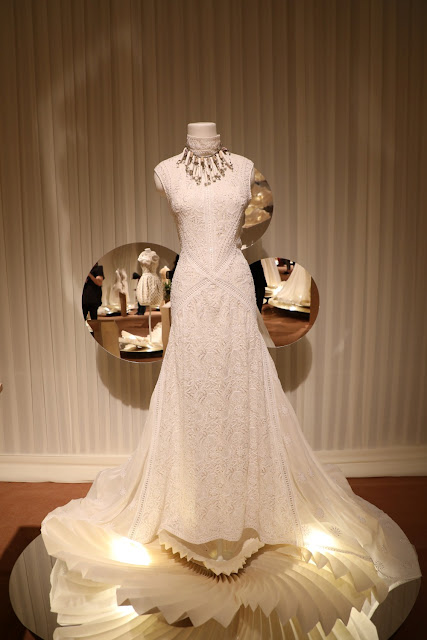 The Ekaya collaboration project Cousu d’or with C’Couture-Paris helps demonstrate how Indian fabrics can be a part of the French couture and wedding industry. Fourteen notable designers of the federation including names such as Fanny Liautard, Aurelle Dillo, Etienne Jeanson, Nico Thibault Francioni and Isabelle Beaumenay Joannet, had expressed their creativity in 14 bespoke ways using fabrics from Ekaya. The 15th creation is by American designer Colleen Quen, who was a guest of honour at the exhibition. “The exhibition showcased these 15 outfits as part of an installation that translated our country’s indigenous heritage to appeal to a larger audience. The fact that Indian weaves can be used in western gowns and silhouettes is something these highly acclaimed senior designers brought to the fore,” Palak elaborates, adding that these were just showcased as art pieces and will not to selling from the racks. 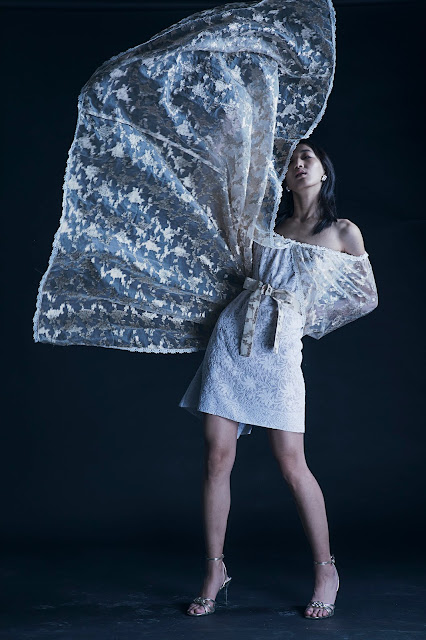 Since 2013, every year, during the haute couture week, the Fédération Française de la Création Couture Sur Mesure – Paris organizes an annual event to celebrate the know-how of its members in partnership with the greatest weavers of the world, in a luxurious Parisian venue. “This project adds steam to my vision to create a fabric archival destination in India that I nurtured since my MBA days at Babson, Boston. While the first selection of the fabrics was made from the Ekaya Thaan gallery, we did create some special pieces later keeping in mind the need of the designers. The palette is muted, focusing on white and gold. The designers have crafted bespoke pieces using our signature brocades from Banaras, along with silks, cotton, georgettes, chiffons, tussar, organza, mashru silks and chikankari hand embroidery,” she informs. 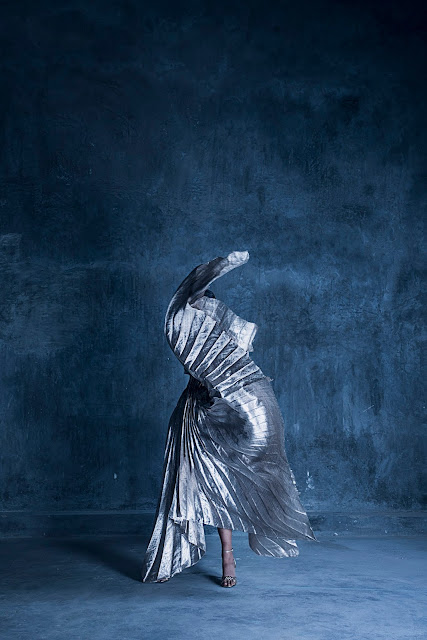 The event, feels Palak, is for a better cause where the western audience will get a thorough knowledge about Indian weaves and crafts and will also be a platform for the promotion of the handcrafted textiles of Ekaya in France. “It is high time Indian textiles go global. We are taking small but sure steps. Maybe soon we will see them cross over to the international runway, defying stereotypes and mindsets. This collaboration is symptomatic of inching towards that greater glory.” Clearly, the growth graph is carefully being drawn by stylish power woman. 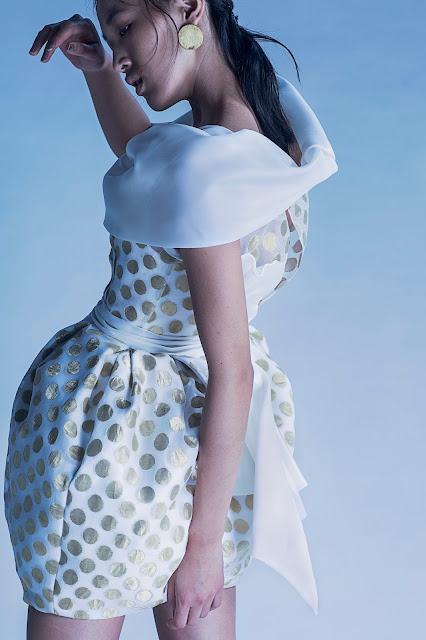 Abheri --- A Rich Cauldron of Art and Craft 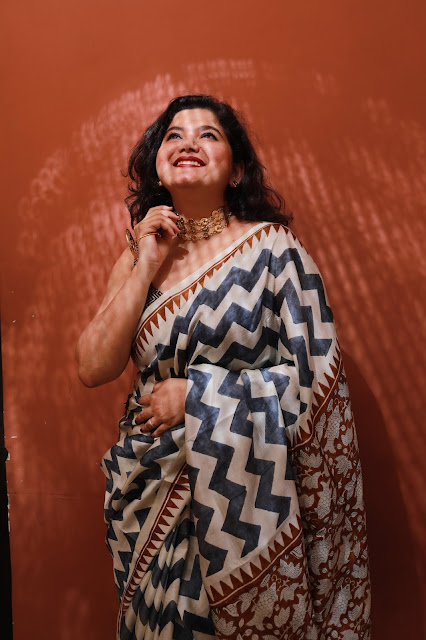 Imagine a giant canvas. Four young women walk towards it. They pick up brushes, pens and other mediums of art and start doodling. They don’t hesitate. It’s about freedom of expression. So, they pour out their thoughts taking from history, hobbies, memories and all that they have been encountering through their growing up years. What do you think will be the end product? A canvas of colour, lines, scribbles… basically a confused vocabulary, right? But Abheri Crafts is anything but befuddling. It is a beautifully constructed conglomeration of Indian colours, textiles, art, craft, history and so much more. A canvas that takes you down memory lane. Through handmade sarees, dupattas, separates and menswear. Abheri is also an instance of how if you put your mind and dedication to it, you can make it happen. A labour of love that bore fruit on Valentine’s day of 2014, it was conceived by three school friends, Rohini Raychaudhuri, Sanjukta Ghosh and Punnya Guha Thakurta. They were joined in by …
Read more 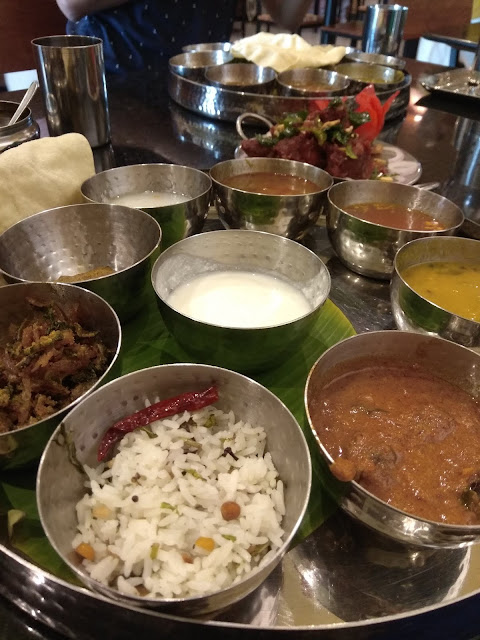 Mashi, who looks after Bono at home in my absence is from a village in Howrah. When she first came into our house six years ago, I noticed she liked her food spicy. Owning a palette that couldn’t take much heat, I kept asking her how she was digesting the red chillies with such ease. “Habit!” she reasoned, adding, “Without the red chillies I feel the food isn’t tasty.” Despite she imploring us to try her cooking, we were wary. Because somehow, I felt that the heat of chillies would mar the delicacy of the other spices. But yesterday, I realised that it takes a deft hand to balance things out. As I tucked into the expansive vegetarian thali (Rs 350) at Tenali – The Andhra Kitchen yesterday afternoon, I will admit that my nose resembled a little spring from the mountains but my tongue was happy with the strong flavours and spices. And of course, I had the curd and the Sabudana Payasam to temper things down.
Tenali Kitchen is not your fancy fine diner. It offers a humble ambience, with …
Read more