A lyrical journey through art, by Laxmana Dalmia 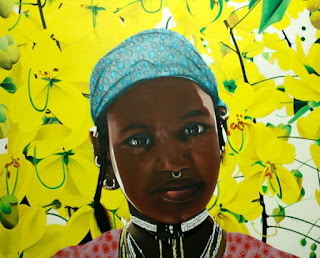 In a dream I saw one day,


My idol too had feet of clay—
In panic I watched its shaky lapse,
I screamed as I saw it collapse—

… starts the poem, Feet of Clay, which Laxmana Dalmia penned at 16 years of age, after a wave of disillusionment hit her when she learned about the controversies surrounding her illustrious father, Ram Krishna Dalmia. Simple yet hard-hitting, the words perfectly mirrored her emotions at that impressionable age. When she revisits those tumultuous times through these words today, she easily can picture the state of her mind she has found herself in. “It was a difficult time and phase. And I took a recourse through the pen and poetry. How wonderfully they helped me tide over the difficulties,” says the author, who has realised that poetry indeed can be an avenue for expression that many prosaic path cannot take. Thus, started her passion to express her every thought and feeling, through various stages of her life, via poetry. 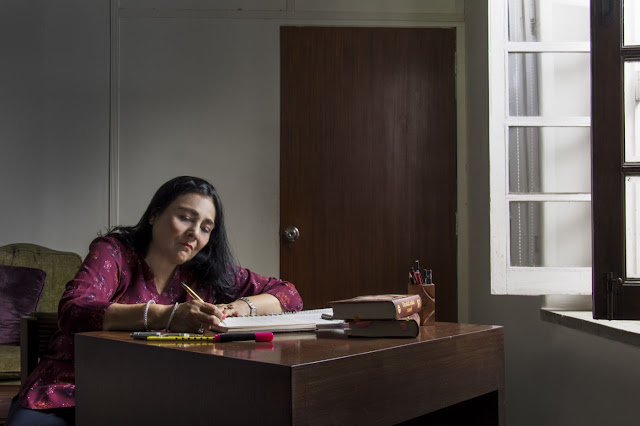 On a rainy windswept afternoon, we got to listen to some beautiful poems penned by the woman herself. But this was a celebration for something more. Come April, readers and lovers of poetry will witness an interesting communion of poetry and art through One One Soul Many Lives, a book that describes the journey of Laxmana Dalmia in lyrical verses. Those couplets have been translated by several eminent artists into paintings and photographs that best describe the emotion etched in the poem. This book will see the light of day at a culminating release in Bikaner House on the 6th of April, in conjunction with an art exhibition that will run for three days. Each poem (50 of them written over 40 years) will be printed on a scroll and put up along side the paintings (45 of them) so that the viewer can notice and understand the relation between the inspired and the inspiration. 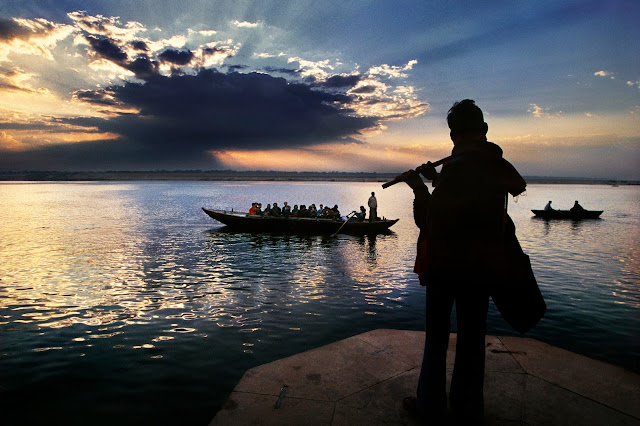 Some of the featured artists in the book are Anjolie Ela Menon, Arpana Caur, Raghu Rai, Pooja Iranna, Ved nair, Hemi Bawa, George Martin and Dinesh Singh. For the book she has collaborated with Artspeaks India, who have helped her with the selection of the artworks that best match her lyrical verses. One Soul Many Lives, says Dalmia is an effort to make people start the beauty in poetry again. “This is a form of literature that is gradually dying out. This book is an initiative, a conversation to revive that art form,” says the author. 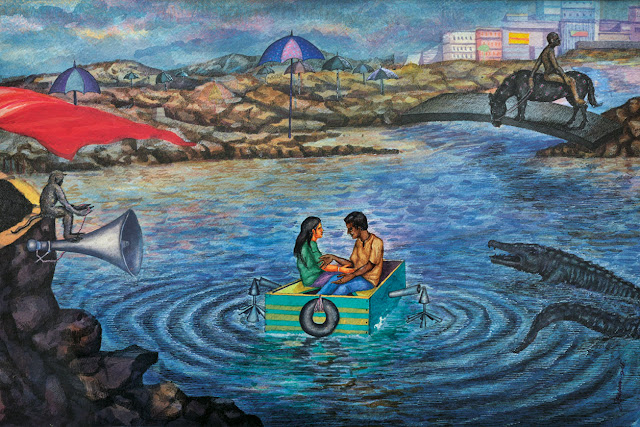 A poet who was inspired by her mother, Dinesh Nandini Dalmia, to write, a filmmaker and a custodian of IPTA (Indian People’s Theatre Association), Dalmia is trying to revive an age-old tradition, where text and image play off each other and where the viewer delves into the esoteric level of poetry. The book launch will coincide with an art exhibition presented by Artspeaks India and conceptualized by artistic director Ashwini Pai Bahadur. This is one of the passions that Dalmia nurtures apart from being a screen writer, producer and director for television, radio, documentary cinema and theatre, who has produced notable works over the years. An educationist and spiritual practitioner, she is also the treasurer of the seven decades old IPTA. Inspired by her unique life experiences her poetry has an unpretentious and fresh quality that is both inspirational and pithy and involves a gamut of emotions from fear, insecurity, frustration, hatred to love and compassion. 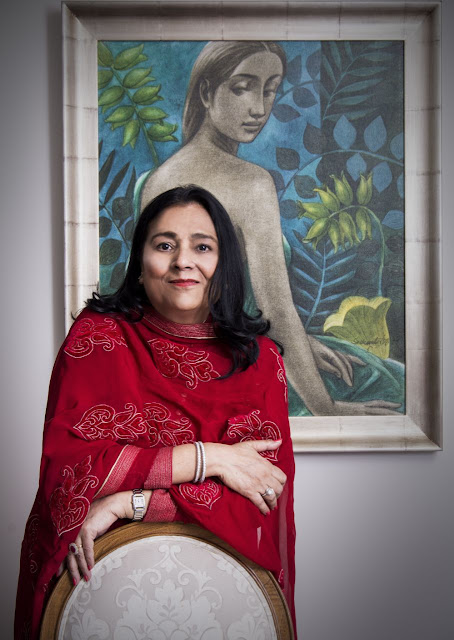 The multi-facted woman, did her masters in Philosophy, and began her career as a teacher and a lecturer. However, her true metier and passion brought her to the world of films and theatre, where she turned writer, director and producer. Supported by her innate spirit of reform and progress, IPTA has been supporting the marginalized and strengthening the fabric of secularism and nationalism in India through theatre, dance, musicals, choir group evenings, street performances, painting exhibitions and other cultural activities. Here’s hoping that this book is the beginning of yet another journey of this visionary.