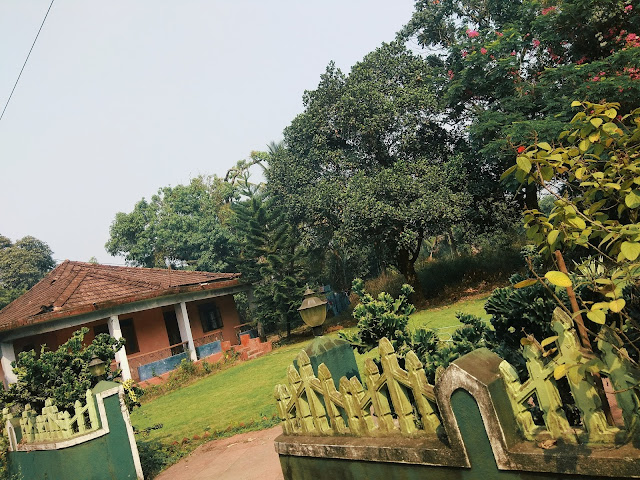 For a Palolem loyalist, Varca is Goa can be a bit of a dampener. The beaches are just as beige, the sky is just as yellow and the water is just as clear but if you look closely that infectious vibe is missing. Palolem is quite something. It’s vibrant, active and once the sun sets, the beach shacks make sure you still have plenty to do. Like gorging on grilled and barbequed sea food, listening to live music and watching the grey waves emerge regularly from the black canvas. The semi-circular beach is enveloped on both sides by two hillocks that sparkle during dawn as the sun slowly peeks out from the east. Yes, Palolem is quite something. 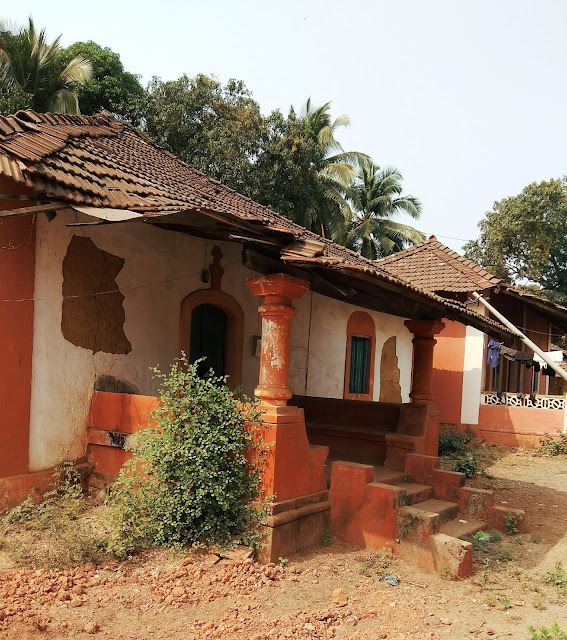 Having the image of that colourful beach plastered in our mind when we walked down to the Varca beach from the Club Mahindra premises, the sun was ready to leave for the day. Having decided to relax with some goodies at a beach we were a little surprised to find only two of them there. Unlike the lit-up shacks that line Palolem from start to stop, these two were like lone stranded strangers. Let down, we retired to the resort. 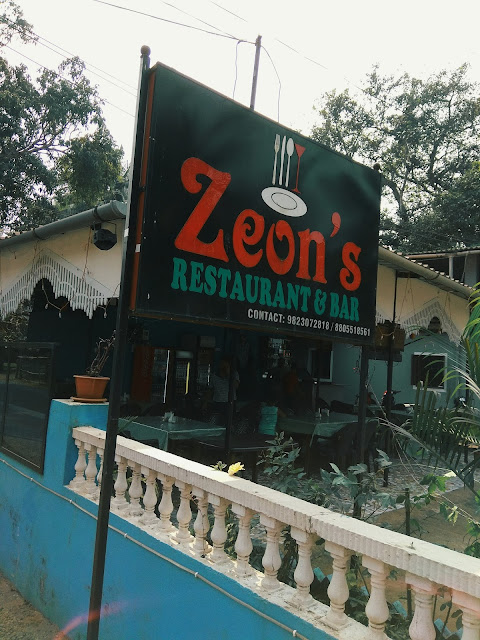 Not yet ready to give up on the place, next day we walked around in Varca to discover hidden delights where we could savour regional Goan cuisine. Beautiful bungalows dotted the entire landscape. The mister even picked out his favourite that apparently, he would buy, renovate and retire to when old age kicks in. The tot promised to move in with him when that happens. So much for idle minds! 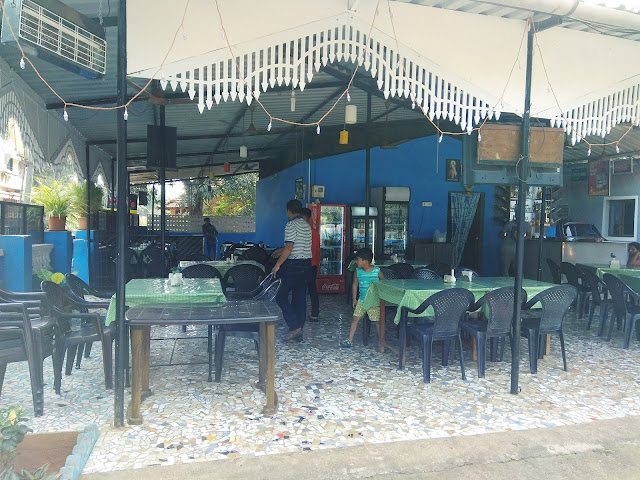 And then, we stumbled upon Zeon’s, a family run restaurant and bar. Initially hesitant to walk in as we would be the only ones doing so, we decided to try our luck. Already scathed by an expensive meal at one of the most critically acclaimed eateries called Fisherman’s Wharf in Cavelossim, we knew that this wouldn’t hurt much. Moreover, I was yearning to have a mean vindaloo just like the Goans would eat it. 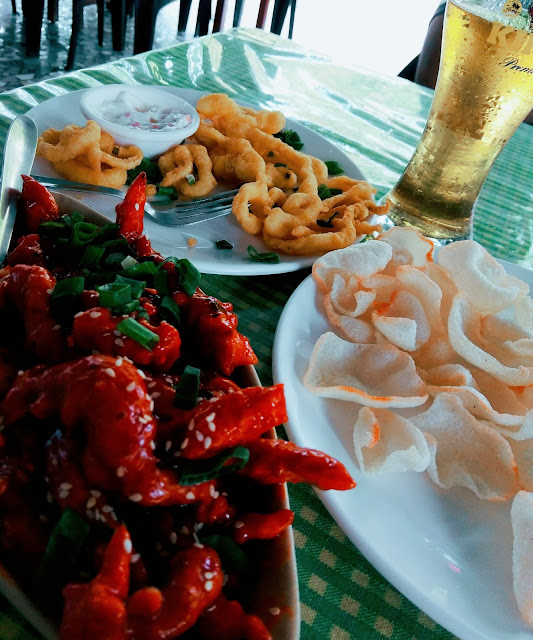 After the initial Chicken Chilly fry, prawn wafers (a staple my husband can’t do without when he’s here), we ordered a Pork Vindaloo with Steamed rice. They had cut the pork into tiny cubes and dunked them in a watery gravy. While I couldn’t care much about the pork, I got hooked on to the gravy the moment I put some into my mouth. The fiery spices were countered by a delicate sweetness that I’m sure was attained with kokum. I’m not too fond of spicy curries but this I loved. It was very tasty. I knew I couldn’t stop at one visit. 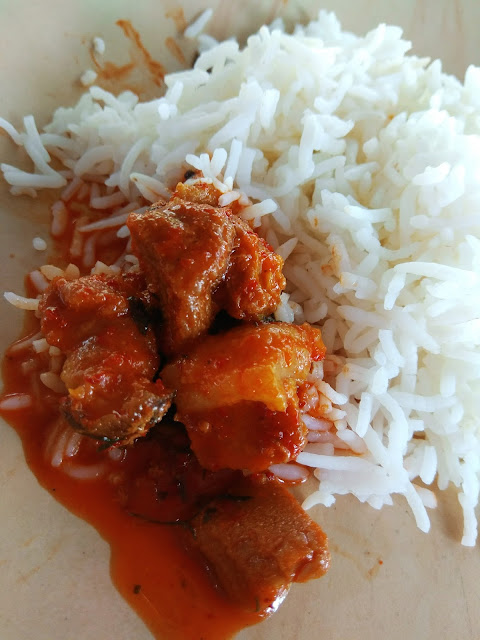 So, we were back the next day. The staff greeted us with a warm smile and even as we sat down the prawn wafers were ordered. For appetisers, this time we chose a pork Ambsol. Chunks of pork were tossed with onions and a generous dose of kokum that lent the tartness to the dish. While it tasted decent and a bit like the Bengali ‘Ombol’ I wanted the mains to arrive. First, we went for steamed rice and chicken xacuti. The xacuti was fantastic. The heat was just right and the coconut did not overpower the other condiments. 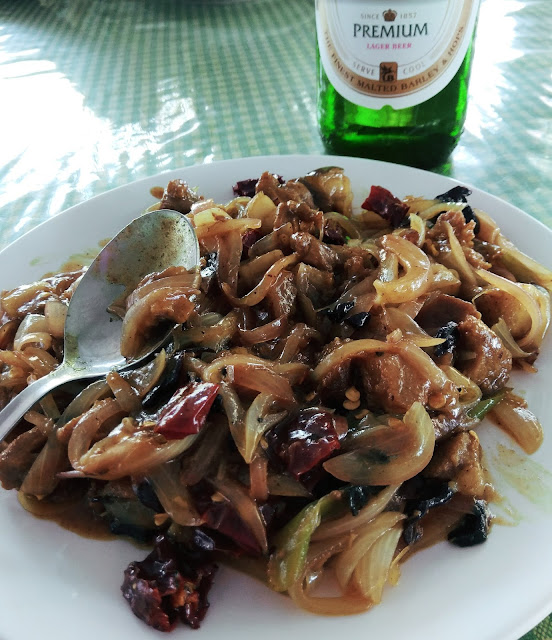 The child wanted his grilled chicken so we asked for a steak, that arrived with steamed veggies, barbeque sauce and a fried egg. Here I must mention that the Goans do not know how to grill their chicken breasts just right. We found cutting into one at Fisherman’s Wharf tough. Even here, the meat was stiff, stringy and obviously overcooked. 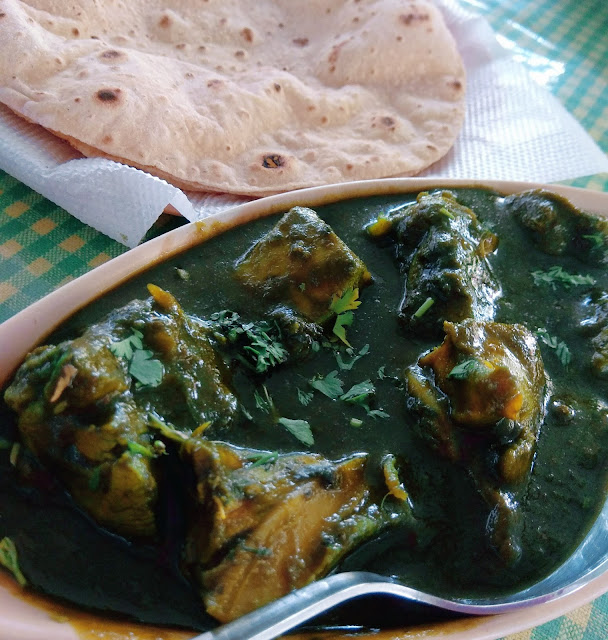 We did not want the meal to end on a bad note so the last order was placed for a Chicken Cafreal and rotis. The Cafreal curry is made by blending coriander leaves, green chillies and kokum. Though the one we ate at Zeon’s was very, very spicy, I will not complain. Because it was lipsmacking.
While walking back to our resort, I kept thinking about the food critic Anton Ego from the 2007 animation flick Ratatouille. He requested Remy, the rat-hero, to surprise him with food. Maybe that’s what Zeon’s did. The little eatery in this quiet part of Goa actually surprised us… 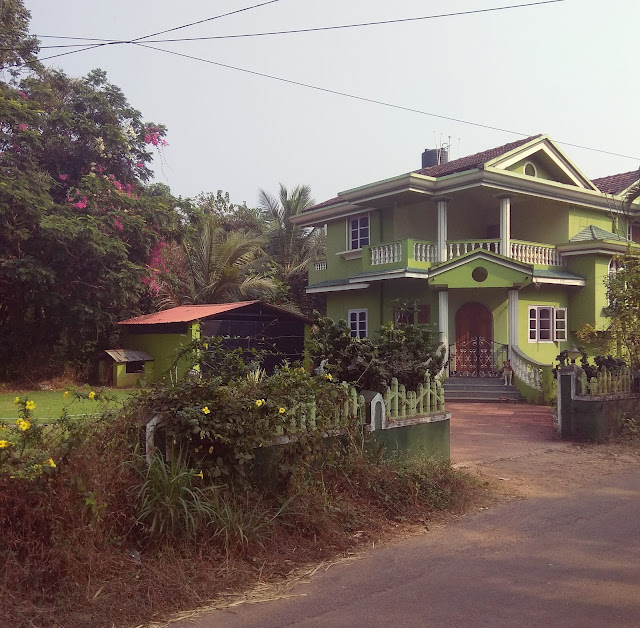