The dancer who does the rock

December 02, 2017
My mind goes back to the first time I shot her at The Lodhi. In a matter of 2 hours the college kid 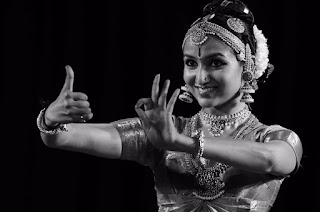 transformed into an apsara for the viewfinder. Her mother Kaushalya Reddy, and my crew, looked on while Bhavana Reddy gracefully pirouetted for the lensman. The final shot was surreal.

Six years down the line, Bhavana has bloomed into a versatile impresario. A Kuchipudi exponent and a gifted singer, this girl has always surprised me with her energy to experiment. The younger daughter of Dr Raja, Radha and Kaushalya Reddy, India’s first family of Kuchipudi, is not only celebrated for her dexterity in the dance form, but also for her passion for western music. She is a tutored Carnatic music vocalist and has studied western music at the Musician Institute in Hollywood. Constantly merging the traditional with the modern without altering the essence of the art forms, Bhavana’s strength is in being the global Indian today.
Bhavana doesn’t waste a minute singling out her favourite moment on the stage. Last year she played 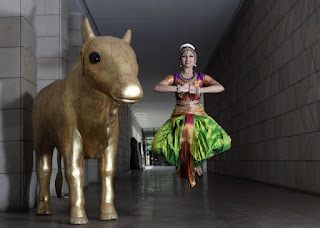 the young pseudo Buddhist monk ‘Shandilya’ in the dance drama ‘Bhagvadajjukyam’. In the play, Shandilya is infatuated with a courtesan and the repartee he shares with everyone is indeed comical. “Shandilya was a bald comic character. It was a challenge acting out all the dialogues while being the jester of the play. Though it was a thrilling act, the countdown was nerve-wrecking. The accolades though, made it my most cherished performance,” gushes Bhavana.

A thread of versatility has always run through this Kuchipudi dancer, the younger daughter of Dr Raja, Radha and Kaushalya Reddy, India’s first family of Kuchipudi. While she is celebrated for her dexterity in the dance form, she is often lauded for her singing as well.
The youngster is incessantly working at making her art form relatable to the younger generation. “They need to see how beautiful Kuchipudi is and in some way our productions incorporate elements that draw the younger lot as well as the regular patrons. We experiment with language, creative introductions, and fascinating stories to make the art more relatable. Multi-media enhancements are also a big game changer,” she says, adding, “Recently we performed Hamsoham, Adviteeyam and the Shiva Leelas. They were extremely well received despite being in the Telegu language. I think presentation is the key. The audience take note if innovation occupies the stage even at the recital of a classical dance form. Our presentation of Kuchipudi with Sufi songs was a sellout, too,” explains Bhavana.
Loving her dance as well as her western music, Bhavana starts her day with a healthy breakfast in 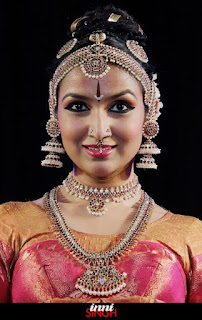 order to have the most fruitful rehearsal. “When energy levels and stamina are in place, dancing is the most blissful experience. After a morning full of uninterrupted dance and healthy arguments on taal, memory and interpretations, a cool off is important followed by a protein rich diet. After which, I’m back home to either recall some item or study the theory/ story of an item. This is followed by an hour of music warmup,” says Bhavana, who critics refer to in Delhi as the Kuchipudi dancer who rocks as well.

With stringent budgets plaguing classical dance shows, Bhavana is against the habit of organizers cutting down on the recital duration. “I don’t believe in performances that are truncated because of lack of time. Even as far as fusing Kuchipudi with other dance forms is concerned, core aesthetic should not be tampered with. Immense innovations can be woven in through music, stage craft and design. But at the heart of it one has to stick to engaging performances of the traditional dance and fantastic presentation of the classical forms.” Constantly inspired by her illustrious parents, she also follows the works of Akram Khan (Tabla), Vishal Krishna (Kathak), Prabal Gupta (Kathakali) and the productions of the Boston and Moscow Ballet companies. 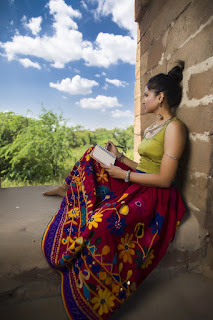 As long as the pure dance form of Kuchipudi is not adulterated or diluted Bhavana is open to experimentations and innovation. But at the core of her every performance the original Kuchipudi has to be starting point, she believes. “Kuchipudi in its undiluted avatar is always valued and is distinct. Why change that status,” the dancer rounds off.
Bhavana Reddy Dance Indian Classical Dance Kuchipudi People Singer Western Music Young Achiever