November 19, 2017
As young children, we eagerly waited for winters. For us kids, untouched by technological innovations, a major happening peppered the winter calendar, that also comprised picnics at Alipore Zoo, a visit to the Indian Museum and school carnivals. But the moment father walked in with the VIP passes for the Russian Circus, that invariably visited the city in December, we used to be besides ourselves with glee.

A huge colourful camp stationed temporarily in Park Circus maidan, where players, performers, animals and trapeze artists of all shapes and sizes regaled the audience every evening. It was quite a spectacle. We never missed an outing. Because, back then, when cable television was yet to rear its head and laptops and androids hadn’t been conceptualised, these entertainments kept us engrossed. Chaotic yet colourful, simple but so joyful, life was way sweeter then. 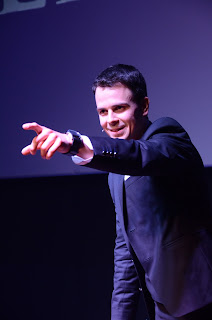 My first brush with magic happened then. I watched with utter stupefaction, wondering how on earth the magician cut a healthy girl into two without blood spilling over. And then, in the next moment he joined her back! The image revolved in my head for the longest time ever till I read up on the subject to understand the theories behind the science.
It was partly to revisit my childhood that I went to watch the illusionist Alexander Magu’s performance the other day at Roseate House. And, to gauge how magic has evolved over the years. While Indian magicians continue with their psychedelic costumes, vanishing pigeons and parrots to the jingly jangly beats of background music, I wanted to check the levels international magicians were taking their performances to. The Alex Magu show at Upstage promised a wondrous journey into the world of levitation, telekinesis and illusions, and I couldn’t wait to experience it up, close and personal.
Alex preferred to converse with the audience. He spoke to them, explaining the ideology that drives his craft. Friends, family and love form the core ingredients of his magic. Performing a very traditional trick featuring water and coloured powder, he explained why life may get really messy, but faith is what takes one through. Faith in oneself and in friends, family and love.
What I really loved about Alex was that he made the audience participate in the act instead of just 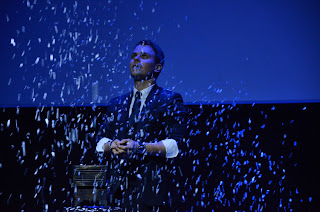 being a spectator. Especially, in the trick featuring the envelope with four tickets. At the end of it, we were simply gobsmacked by the cleverness of the act and gaped at him wide-eyed in wonder. At least I did!

Then there was the love trick, where he seemingly manipulated the perception of the onlookers by reading thoughts of those before him and made the impossible appear possible.
For a man his age, Alex is quite an accomplished illusionist. With more than 2,000 shows, several awards and television appearances to his name, the magician is one of the most sought after Russian illusionists and the only one in the Russian federation with his own TV show. He started off in 2005, with uncomplicated tricks to astonishing shows. At the heart of it, Alex is a storyteller, a 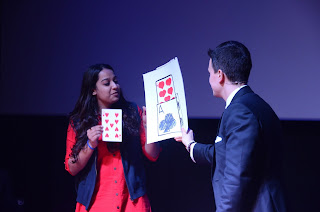 narrator, who likes to make his audience feel the performance he is engaged in. And that is what makes him so endearing, with a touch of sparkling wit.

I have one regret though about going for Alex’s show. I was unable to take Malhar, my five-year-old. I know he would have bounced with joy witnessing the magic!
Well, there is always a next time…